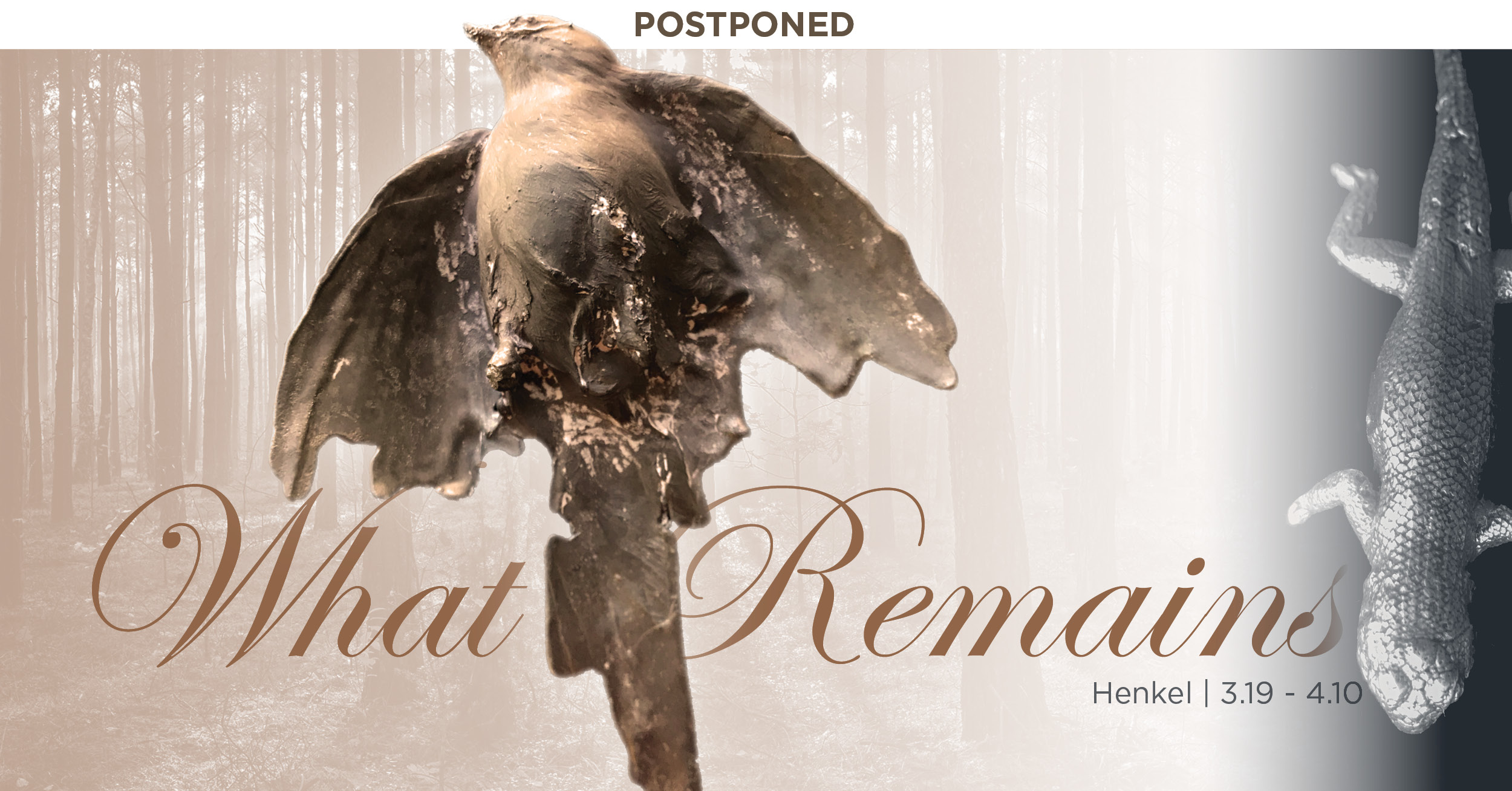 POSTPONED
Due to COVID-19, this exhibition and it’s programs are postponed until further notice.

Art Gym is excited to show  What Remains by Kim Henkel in the Common Space Gallery with an opening reception March 19 from 5 – 8PM.

Similarly, Kim Henkel’s exhibit What Remains looks toward the natural world for inspiration. What Remains will combine Henkel’s Photographs of Chaco Cultural National Historical Park in New Mexico with cast iron and bronze sculptures of dead animals that she found. Her work centers on memorializing things left behind. Henkel delves further in her artist statement when she says “The impermanence in our cultures and life on our planet, both human and animal, leave their imprints of decay. . . As all things in life are fleeting, so are our experiences, but what remains is in the stillness of our memories.