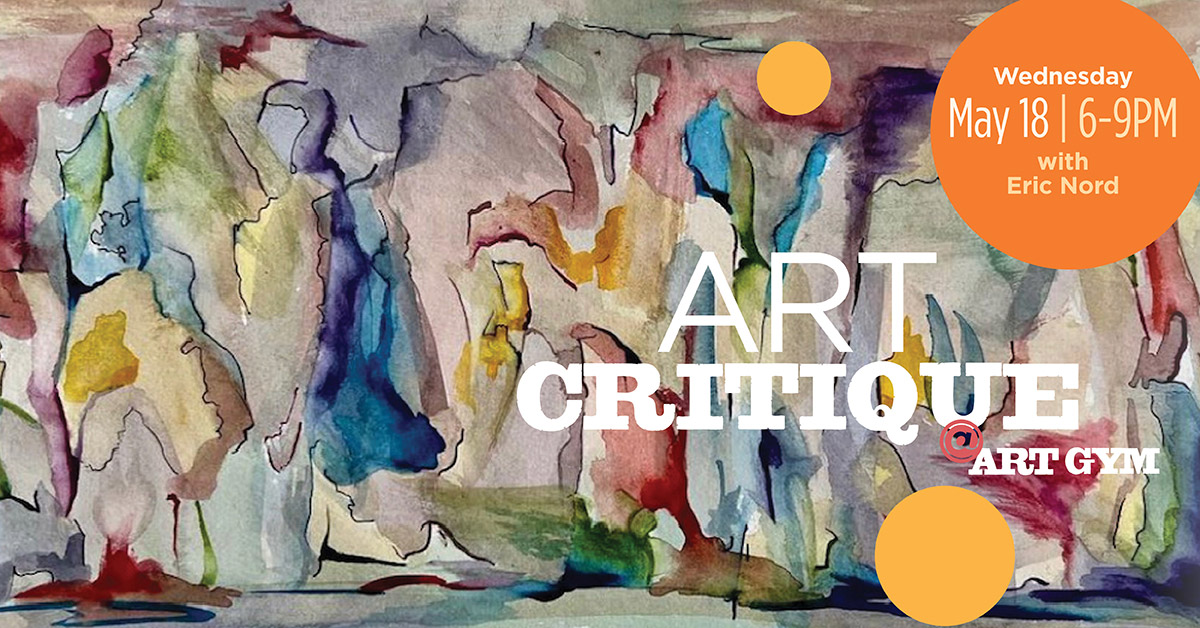 Artist and Curator Eric Nord will be leading this informal critique alongside Art Gym staff on Wednesday May 18 from 6-9PM. Critiques are free and open to the public. Bring some pieces of work to have critiqued by the group, or join in on the discussion even if you don’t have work share.

Maximum of 12 participants. Beer and light snacks will be served!

Eric Nord is a visual artist, composer, performer, poet, and curator, who relocated to Colorado in 2002, from New York City. He graduated from the Academy of Performing and Visual Arts in Chicago, attended The American Academy of Dramatic Arts in New York City, and earned a degree in Art History/Museum Studies from the University of Denver. His visual artwork has been featured in exhibitions at Leon Gallery, Redline Contemporary Art, Understudy, Vicki Myhren Gallery, and the McNichol’s Building as part of Arthyve’s “Archives as Muse” program. His theatrical works have been produced Off-Broadway, and workshopped at The New York Shakespeare Festival. His music compositions include numerous songs, several Musicals, an Opera based on Federico Garcia Lorca’s play Bodas de Sangre (Blood Wedding), and a Song Cycle of E. E. Cummings poems titled, Unrealities, that was performed at the New York Public Library in 1994 as part of the E. E. Cummings Centennial Celebration. He was also the Executive Producer of the E. E. Cummings Centennial Celebration, hosting numerous events around NYC, including at the NY Public Library, The 92nd Street Y, The New School, and The Open Center. While living in NYC he worked for The New York Shakespeare Festival’s Public Theatre, The Brooklyn Academy of Music, and Sperone Westwater Gallery. He currently serves as Executive Director and Co-Founder of Leon Nonproﬁt Arts Organization in Denver, CO.

Tickets are not available as this event has passed.
+ Google Calendar+ Add to iCalendar