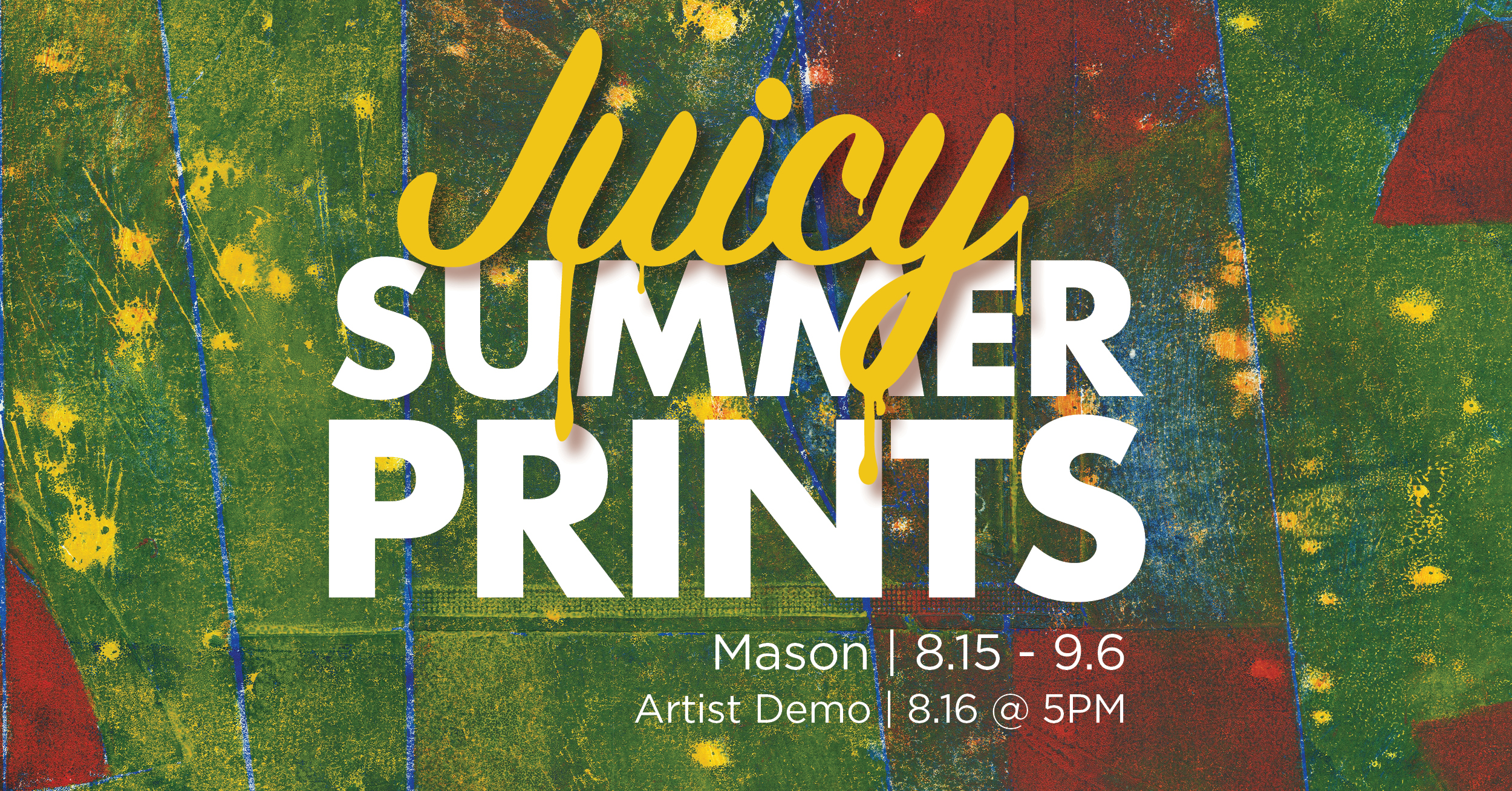 Art Gym Denver is honored to show Developing Reality by Bryan Dahlberg in the Common Space Gallery with an opening reception August 15 from 5-8PM.

For Jon Mason, printmaking is a fluid process which lends itself to making decisions with each pull of a proof, a practice which is very present in his new series Juicy Summer Prints. Working primarily in collagraph monotypes, he uses his process to be flexible, following his compositional impulses in the same way a painter would. Creating prints in series allows him to react to each proof and build on them for the next one, changing or adjusting where the series demands. In his artist statement, Mason explains “By manipulating marks, patterns and colors, I experiment and extend an idea from one pull of a print to the next.” Jon Mason earned a BFA from the Corcoran School of Art and continued on to get a Masters of Architecture from CU Denver. He continues to produce art while pursuing a profession as an architect.

Join us for a printmaking demonstration by Bryan Dahlberg and Jon Mason, where they will show us their different print processes, on Friday, August 16 at 5PM.