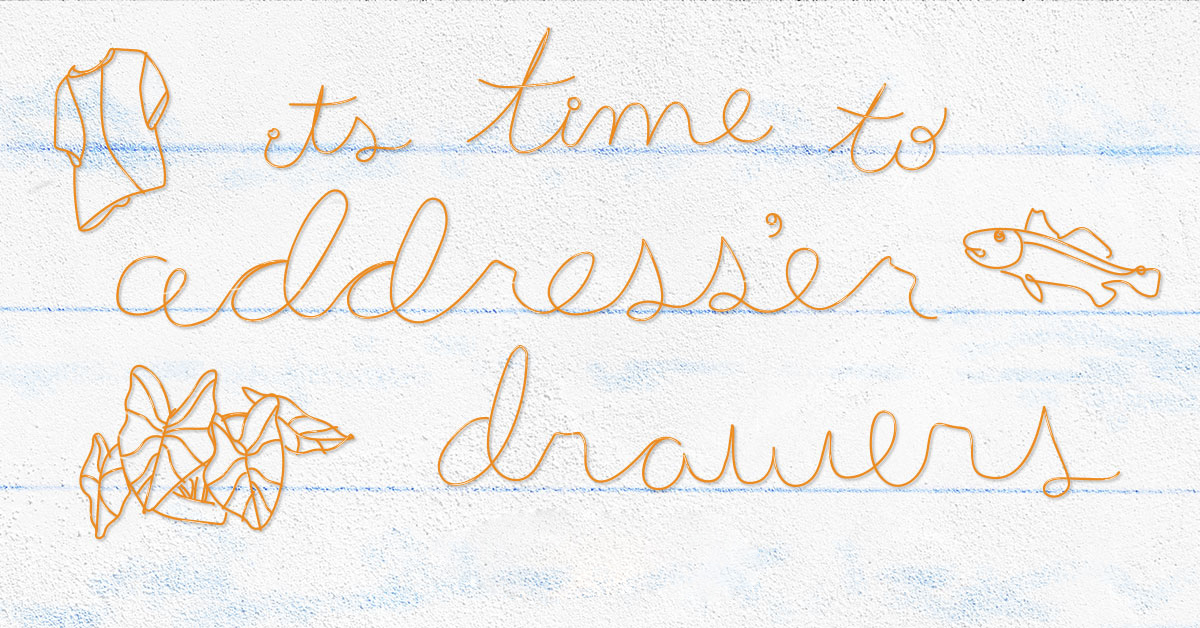 Art Gym Denver is very honored to exhibit It’s Time to Address’er Drawers by installation artist, Joel Armstrong in the Art Gym Gallery with an opening reception on October 4 from 5-8PM. The exhibition will include an installation of the same title, addressing letters written by the artist’s mother, as well as a series of small rust paintings.

Joel Armstrong began working installation in grad school while exploring what the act of drawing could be. The result is an artistic practice comprised of making 3D drawings out of wire to act as physical objects. It’s Time to Address’er Drawers includes a series of these wire drawings depicting words and objects from a letter written by his mother. The drawings are found in and around a chest of drawers where the viewer can interact with the words and write their own meaning for the letter on the wall. A recording of a woman reading the letter is then played as a reminder of the original context of the letter.

Time and corrosion are at the center of many of Armstrong’s work, including the pieces in this exhibition. History and meaning have a way of evolving (or devolving) through the hindsight of time. Information and facts change as we learn more about a situation. Growing from this idea, the experience of this work transforms over the course of the exhibition through the audience participation. As the viewer changes the order of the words on the wall, the meaning of the piece evolves. In the same vein, the exhibition also includes a series of rust and gold paintings, focusing on the temporal nature of the corrosion of metals.

Joel Armstrong lives and works in Siloam Springs, Arkansas where he teaches drawing and illustration at John Brown University. He grew up in Corpus Christi, TX, and attended Texas Tech University. He eventually received an MFA in Drawing from Colorado State University in 2001. Joel Armstrong continues to make and exhibit his installations, drawings and other works throughout the country.

Join us for the opening reception of It’s Time to Address’er Drawers on Thursday, October 4 from 5 – 8PM.

Also opening at Art Gym Denver is According to Plan by Christine Ann Nicols and Beyond Dreams by Lesley Renner in the Common Space Gallery with an opening reception October 4 from 5 – 8PM. According to Plan by Christine Ann Nicols includes new 3D metalsmith works, made of copper and geode, while in Beyond Dreams, Lesley Renner will be exhibiting her dreamlike pastel drawings.
Both exhibits are free and open to the public Monday through Friday, 9AM – 6PM. They will be on display from October 4 through October 26, 2018.