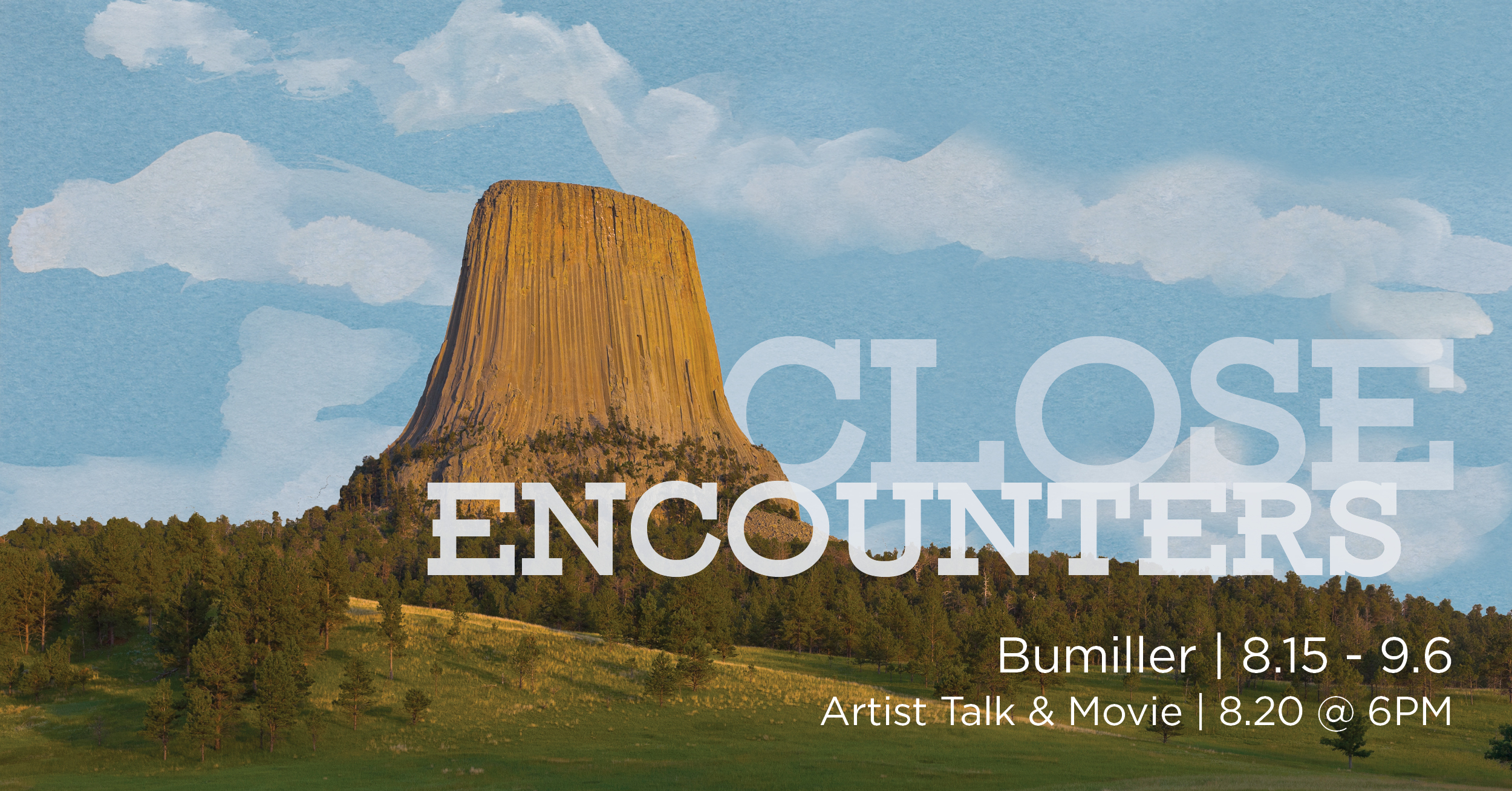 Art Gym Gallery is so excited to show Close Encounters, a new mixed-media installation by Trine Bumiller, exploring the obsessive pull of Devils Tower. The exhibition will be open from August 15 – September 6. Join us for the opening reception on Thursday, August 15 from 5-8PM.

Devils Tower, the first National Monument, has been a site of interest for longer than modern history has documented. A geological mystery, this tower pierces the otherwise flat landscape of northern Wyoming. It is a spiritual mecca for over 20 Native American tribes who have found solace in the sacred setting, still using it for rituals and prayer to this day. More recently still, Devils Tower is the setting of Steven Spielberg’s 1977 film Close Encounters of the Third Kind, a film about an undying obsession with finding the truth about aliens and UFOs.

Presently, Devils Tower is the focus of Denver artist Trine Bumiller. Interested in the mystical pull this site has on people, Bumiller built an obsession with its obsession. In her artist statement, she explains “The obsessiveness speaks to the obsessive quality of human nature; from the number of times the tower has been reproduced to the many references to it throughout history. It plays off of both ritual and prayer, a repeated gesture meant to invoke spiritual practice and meditation.” Made up of thousands of individual works of different media, size, and techniques by Bumiller, the exhibition certainly makes her obsession with the site abundantly clear.

Trine Bumiller grew up in Cincinnati, OH, and graduated from RISD. Her art career has taken her across the globe, showing and attending artist residencies worldwide. She is represented by Robischon Gallery and currently lives and works in Denver and Fraser, CO.

Join us for an artist talk and a viewing of Close Encounters of the Third Kind on Tuesday, August 20 from 6-9PM.