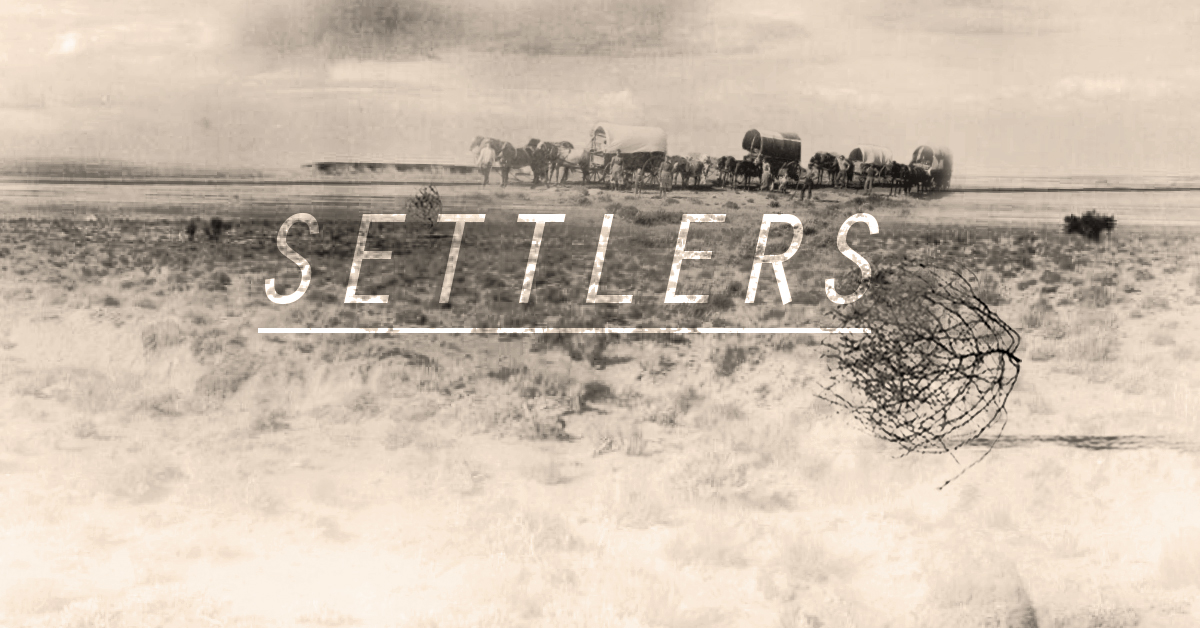 Art Gym Gallery is proud to announce, in conjunction with Month of Photography, a new exhibition guest curated by Rupert Jenkins, titled Settlers. The exhibition will be open from February 28 – March 22. Join us for the opening reception on Thursday, February 28 from 5-8PM.

The following is curator Rupert Jenkins’ description of the show:

“Using photographic media as a foundation for their work, the seven artists in Settlers convey, figuratively and abstractly, the colonization of the American southwest. Whatever their motive and means—most came voluntarily, others were forced or coerced—the occupation of indigenous land is something that continues with every wave of Colorado “native” and newcomer.

“Collectively, the images in the show represent settlers from the late-19th century to the present decade. Looked at from a Native American perspective, these people might be thought of as alien invaders. Settlers is not a judgment of this, but it is a reminder that for every “new” territory there is an old, stolen one.

“The show’s deliberate ambiguity is intended to kindle subjective associations and tangential connections. Settlers takes place during the 2019 Denver Month of Photography and works have been selected to align with the range of art-making conducted at Art Gym, most especially print-making. All the artists are from the Denver metro region; their works span more than 60-years of artmaking, 1950-2015.”